If someone ever asks you to start a podcast with them you should first, shoot them in the face and then second, bury them in a ditch. The last thing the world needs is another podcast and I will give you $20 if you make it past 15 episodes… having said that, here are a few episodes of podcasts that I have been in that actually didn’t suck but still never made it to episode 15 without someone getting shot in the face and buried in a ditch.

Albert Kirchner is one of my favorite people. His impromptu stage rants are genius and he used to host a podcast called, “Hug Papa’s Neck”. One day, he asked me to be a guest and we talked about standup comedy, buddhism and Albert’s secret dark dark past.

Hard Rain Podcast was a brief but glorious podcast with myself, Morgan Preston, James Heneghen and many comics that I love and respect. 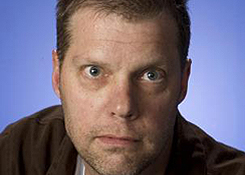 Andy Andrist was a member of Doug Stanhope’s, “Ubookables Tour” as well as a writer for the short lived “Man Show” reboot featuring Joe Rogan and Doug Stanhope as the hosts. Andy is willing to go farther than any other comic when it comes to exposing their own vulnerabilities and unflinchingly delivering the truth. His stories about life on the Man Sow set have to be heard to be believed and his stories about being molested as a child are… well… funny. That’s right. Andy Andrist makes child abuse funny. 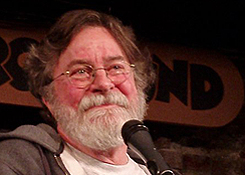 Carl Warmenhoven was the manager of Seattle’s famous Comedy Underground until he suffered a stroke in 2011. Carl has been performing in the greater Seattle area since the 70′s, well before there were any comedy clubs around town and is practically singly responsible for creating the Seattle comedy scene. I’ll never forget him as the briefcase toting, beret wearing club manager who never had a bad word to say about anybody. In this podcast he talks about what it was like performing in Seattle in the “early days” and what his life is like now after comedy. 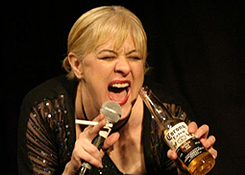 Tere Joyce is a standup comedian and marijuana activist from Portland, Oregon. In this episode, we discuss what it’s like being a female comedian and driving from Portland to Seattle Hempfest in a Volkswagon bus that runs on hemp oil… or something… not gonna lie, I was pretty high at the time. 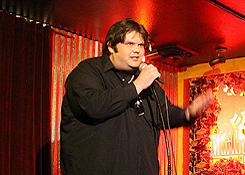 In this episode, local comic Robert Lackey tells us some batshit crazy stories about his dad whom we then happen to get on the phone live to confirm whether or not he was actually beaten up by Sonny Liston before hitting the road with Paul Revere and The Raiders. 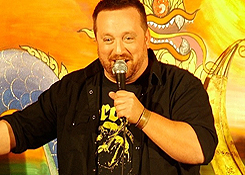 Before he moved to LA, Derek Sheen was an integral part of the Seattle comedy scene. We caught up with him on the day he left while he gave us his take on the standup industry, the relationship between comedians and comedy clubs and the “alt” comedy scene. 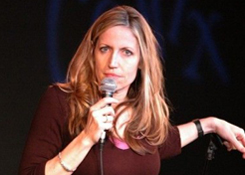 Laurie Kilmartin was a finalist on Last Comic Standing and is currently a staff writer for the Conan O’Brien show. We talk a lot about what it’s like being a comedy writer, the standup industry in general and she tells us a great story about opening her set at a Christian college with an abortion joke. 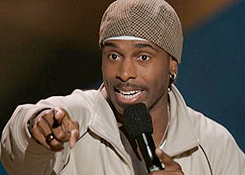 Ty Barnett was a runner-up on season 4 of Last Comic standing and was named “Outstanding Performer” at Montreal’s Just for Laughs Festival. Barnett also appeared on P Diddy’s Bad Boys Of Comedy and in his own 30 minute Comedy Central Presents special. We speak with Ty about his career, connection to Seattle and the state of comedy. 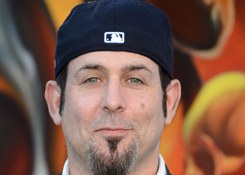 Craig Gass is a Seattle native who’s love of the Seahawks is just as legendary as his talents for great story telling and uncanny celebrity impersonations. In this episode, we sat down with Craig for a solid hour of non-stop hilarity that culminated in Craig’s story about opening for Metallica. 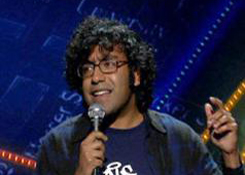 Our very first episode of Hard Rain Podcast was with Hari Kandabolu. A Seattle native who now lives in New York. Hari has a drive and ambition unlike any other comic out there which becomes evident during his story of starting a talent show at his high school just so he could perform standup in front of a handful of disinterested teenagers. 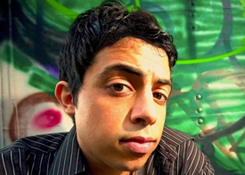 This week James and Voodoo sit down with Sammy Obeid -the world’s first comic to perform over 1,000 consecutive comedy shows and almost make into The Guinness Book of World Records. We discuss what it’s like to go up on stage every single day for over two years and what it’s like to go up live on Conan O’Brien immediately after dreaming you bombed on national television. 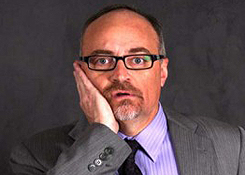 Comedy Underground manager James Milton and Voodoo Chicken sit down with Brad Upton -who is perhaps the only comic in history who has literally killed. Seriously… people have died as a direct result of his comedy. You have to hear the story to believe it. 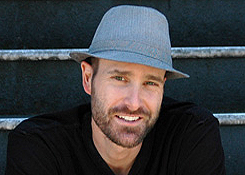 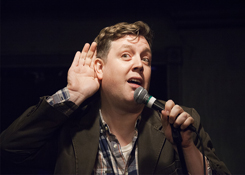 Voodoo Chicken and Comedy Underground manager, James Milton sit down with headliner Jared Logan to discuss getting beat up on stage, speaking in tongues and open mics. With bonus pre-pod witty banter! 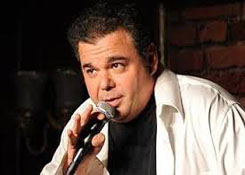