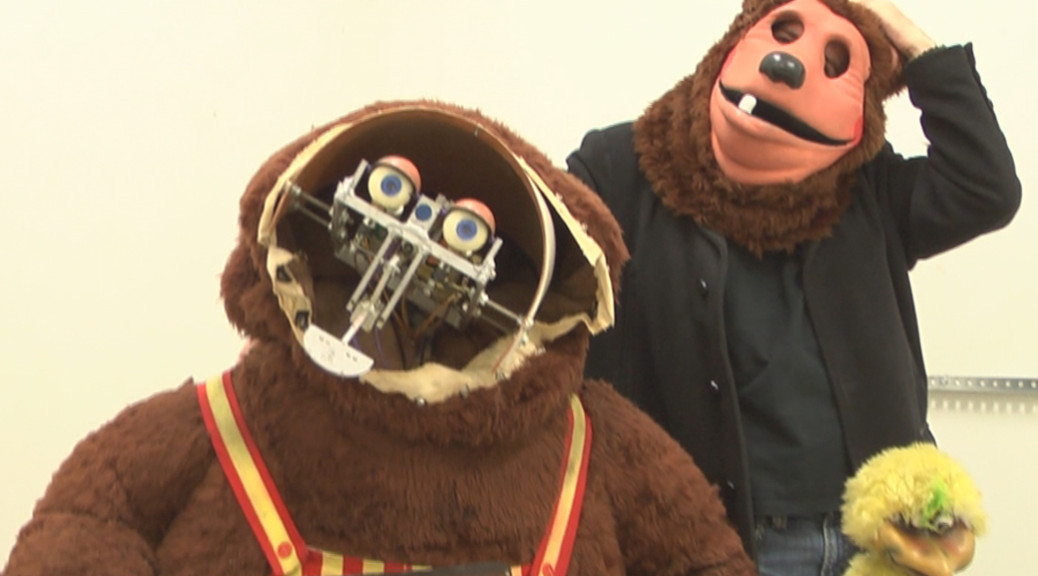 A lot of people have asked me about my obsession with Billy Bob Brockali and just what would drive a man to do something like this:

Well… when I was just eight years old my life was forever changed by a television commercial. Of course, this wasn’t an uncommon occurrence. In fact, my life was irrevocably altered at least a dozen times an hour every day as I took comfort in my good friend the television set… the television set informed me of all the miraculous inventions and activities that were out there waiting for me in the real world -that is, if I could ever manage to pry myself away from the television set long enough to experience them. It told me about things like the amazing plastic hoop that you could put around your waist and then gyrate spasmodically like an epileptic at a light show… and then there was also the coiled piece of metal that you could set at the top of your stairs, give it a little push and then watch it slowly flop down two steps before veering horrifically off course and twisting itself into such a tangled mass you would have to completely destroy it to ever pry it apart again… good times… good times…

But one fateful day, I saw something truly incredible… more incredible than the plastic hoop and mangled metal coil… it was a place… but not just any place. It was a place that had video games and ball tents and people wearing top hats that sang and danced while they stuffed your face with giant pizzas and… get this… giant animatronic monkeys playing Beatles’ songs! Not just monkeys, but a mouse dressed like a cheerleader and a wolf who did a ventriloquist act and a hillbilly bear that played bass guitar and… well, what the fuck else could an eight year old possibly need?

I can’t really remember how I first found myself inside a Showbiz Pizza… I think it was somebody’s birthday party or something… and to be honest, a giant fucking bear, lurching dangerously close to your table while shouting “Love, love me do” as it’s cold unblinking eyes frantically click and pop and roll back in it’s head almost in time to the music is not as cool as it looks on TV. In fact, for an impressionable eight year old such as myself -it was kind of terrifying.

For the next ten years, kids all across the nation were subjected to this bizarre ritual of American gluttony and totally kick ass animatronics… and then the dream was over… just like that. I always imagined Mitzi Mozzarella got strung out on coke and started sucking dick for rocks, while Rolfe DeWolfe was serving 10-15 for aggravated assault and Fatz Geronimo slipped into a diabetic coma and the band was no more.

But fortunately for us -one man… one genius of a man, had a dream. His dream was to get the band back together again… one last time to relive the glory that is The Rock-afire Explosion!

Apparently, this guy saved up enough money selling used cars to buy his very own Rock-afire Explosion. Don’t be jealous. Owning The Rock-afire Explosion can be more complicated than you think. For example, where do you put something like that? What good is it if you can’t make ‘em sing oldies at your whim? How are you ever going to get laid with a hobby like that? Well, simple matters such as these could not stop Chris Thrash from realizing his dream. He faithfully restored these animatronic rock ‘n roll has-beens in his shed and then set them up from memory on three separate stages -complete with light show and spotlights, just like it was in that glorious wonderland known simply as, Showbiz Pizza Place.

But it doesn’t stop there… like I said -Chris Thrash is a true genius visionary and American Hero! Men like that don’t stop until their dream is fully realized! He spent the next few months teaching himself animatronics and the necessary programming to breathe that magic spark of life back into his childhood fantasies and reform The Rock-afire Explosion for the first time ever to play…. you guessed it:

“Love In This Club” by Usher.

Chris Thrash, may god bless you in all your endeavors sir. It truly is the lord’s work you are doing. I once thought art and American culture were dead, but I was wrong.

If you want to see more totally badass jams by the reformed Rock-afire Explosion and delve deep into the enigma that is the genius of Chris Thrash -go here: