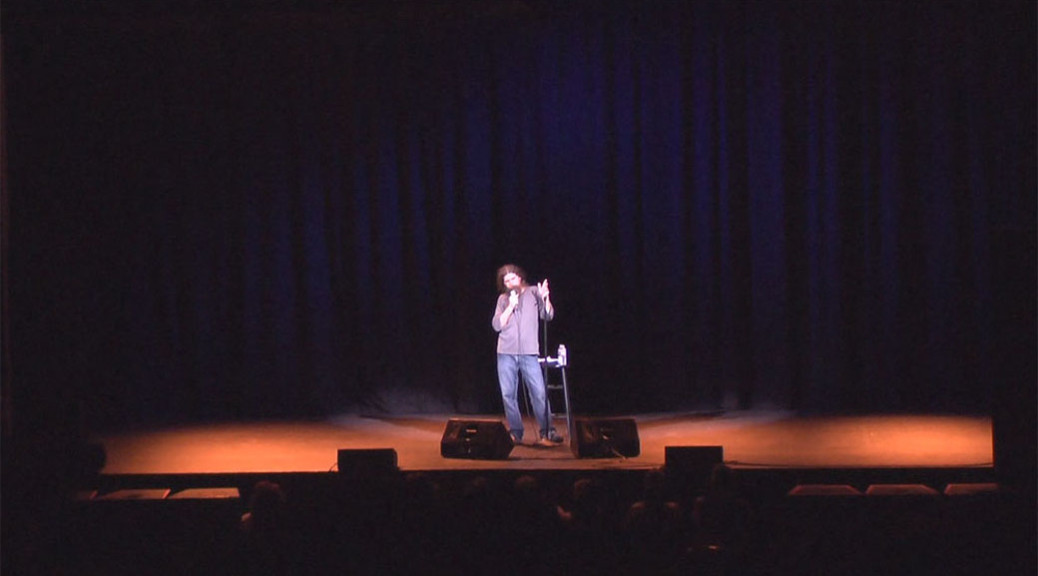 Well, it happened again… in his continuing effort to pay off his life debt to me (I once took a bullet for Rogan in the Brazillain rain forest after an unfortunate miscommunication due to our translator’s low tolerance for psychotropic entheogens), Joe Rogan once again put me on a stage in front of 1,700 blood thirsty savages completely out of their minds on the DMT and Alpha-Brains.

So… either he was planning on putting me on stage or hoping I could cast out the lost souls of 19th century whores that are said to haunt The Moore. Having to prepare for either possibility was difficult beyond measure, but I have Battle Ropes three times the recommended size if you know what I’m saying.

Originally, Rogan wanted me to do three hours -but seeing as how I don’t like to perform rigorous physical activities like standing for more than ten minutes at a time, he agreed to bring in the very funny Tom Segura to fill in the gaps after my balls out, no holds barred, joke your fucking face off, epic twelve minute roller coaster of laughter and intellect. Frankly, I thought we should just shut the whole thing down after my performance but I guess it was some kind of union labor law or whatever that forced them to continue with the show.

Here is a photo of me changing the course of comedy history on that fateful night. Apparently, this photo was taken from outer space.

A photo I wish I really had though, is one taken from the other side of that microphone. If you haven’t been there, you cannot possibly imagine what it is like. In a lot of ways, comics are like a cult. They have “special knowledge” gleaned from unique experience, posses “information not pertinent to your degree” and bond like war buddies after knowing each other for less than five minutes. Experiences like feeling that huge wave of laughter come crashing out of the darkness from 1,700 strangers while you stare up into a light brighter than 1,000 suns is one of those shared moments that comics and only comics can bond over. It’s beautiful and terrifying all at once.

It’s not a drug. It’s not a rush. It’s just… indescribable. Some goofy little thing you thought of one day just made almost 2,000 people so happy they spontaneously had to laugh when you told it to them.

Next up, was Tom. That dude must have balls the size of Jupiter’s moons, because he strolled on out there like a boss -not even breaking a sweat over the fact that he had to follow what was quite possibly the greatest twelve minutes of comedy The Moore has ever known. Not only that -he killed it. I don’t know why comics say “killed it” all the time, but if anybody killed it -it was this guy… in fact -he killed it, poured gasoline over it, set it on fire and then buried it in the desert.

Here is the photographic evidence. Of course, you might not know he is killing it in this photo because again, it was apparently taken from outer space and Tom’s delivery is so casual you might think he is an usher about to announce the license plate number of a Lexus that is illegally parked in the loading zone. But then you realize, “God damn, this is the funniest fucking usher I have ever heard in my life!”

Here is a picture of Tom and myself hanging out backstage at The Moore. It is dark and grainy because the backstage area of The Moore is actually a cavernous dungeon lit only by candlelight and this photo was taken with what must be the first iPhone ever manufactured. 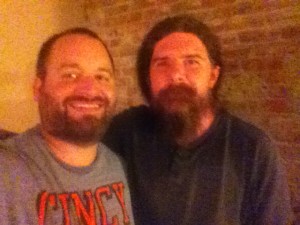 Tom is one of the nicest guys I have ever met… and he also has a beard. You should buy things from him: http://tomsegura.com/

Do I need to even mention Rogan’s set? I mean… seriously. I think we all know what happened. Even if you weren’t there, certainly you heard the deafening roar of laughter and applause thundering throughout the streets of Seattle as Rogan unleashed almost an hour and a half of all new material. Tom and I were laughing so hard back stage, we begged The Moore staff to stop the show before Tom busted a vein in his forehead and I blew a stitch out of my recent butt implants.

This is what Joe Rogan looks like from space.

… and this is a photo I took backstage while watching a Carlos Mencia stand up special on television during Rogan’s performance.

After the show, Rogan stuck around to shake hands and take photos with every single maniac in Seattle. I fought against this tradition and hid, lurking in a corner. I was spared the indignity of having to come into actual contact with my fans by utilizing my Ninjitsu stealth training and also the fact that I have approximately three fans, until security actually came over to me and angrily insisted I stand next to Joe and Tom.

I swear I am not even making that last part up. Apparently, a handful of people had asked about “that freaky guy” and they assumed that was me. Now security was pissed that I was “slowing down the flow”.

“We don’t want to be here all night,” they grumbled while pushing me into the throng of rabid Rogan maniacs. Now at least fifteen different people are trying to explain to their friends why they felt compelled to have their picture taken with a homeless guy at The Moore.

Immediately after the show, I thought I might check in with Twitter and squeal with glee at the thousands of new followers I must surely have after single handedly re-shaping the Seattle comedy scene.

Instead, I was confronted with this ominous message:

No email… no warning… no nothing. Just like that, I was locked out of Twitter and all of my followers were deleted. That’s when I fell to my knees, threw my fists into the air and began shouting at God through tear stained eyes and the torrential rain (at least, I would have -had there been a torrential rain and such a thing as God). The “Rogan bump” not only resulted in 0 new followers -it actually resulted in negative new followers considering the ones I did have were now gone. That’s when Rogan found me in the fetal position and took pity on me.

To this day, I have no idea what I did to offend the Twitter gods. My account just magically started working again three days later, but my followers were still gone.

Now I know why people say things like, “Powerful, Joe Rogan”… 700 Twitter followers and counting after just a couple of hours. But of course, I will be telling everyone I earned those Twitter followers after a handful of truly genius tweets.

There is no fan base like the “deathsquad” fan base and that’s probably because there is no comic like Joe Rogan. That guy sits down and talks to every single one of his fans and not only do they respect him for that, they respect each other as part of a larger whole when everything is said and done and I am honored to have been a part of that love.

For example, one guy from Friday’s show was a human mine/IED detector in the army… one of those guys who goes around sticking a probe in the ground to see if there is a deadly explosive hidden just inches beneath the soil. Apparently, they have to use a plastic knife because metal sometimes sets off the explosive devices. I know this because he brought his with him and gave it to Joe. Joe and I talked about the hundreds of times that guy held that knife in his hands not knowing if he was about to be incinerated at any second… and then he gave it to Joe. That’s some powerful voodoo, right there… and I know a thing or two about voodoo.

Thanks for all the Twitter love guys and if you were at the show Friday night -thanks for laughing at my goofy jokes. It really does mean a lot to me.

If you missed the show, you can still buy Rogan’s latest special for $5 without even leaving your seat. 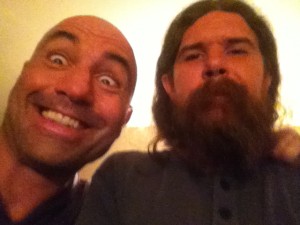